While the Hyundai Ioniq is one of the newest hybrids on the market, the Toyota Prius one of the oldest. Hybrids are now becoming increasingly mainstream with more and more models coming to market all the time. But should you err on the side of history or the newest model? Let’s see how these two compare by putting them head-to-head. 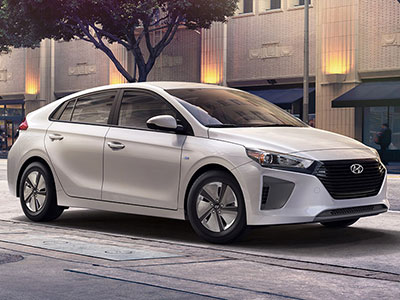 From day one, hybrids have had a look all their own. When they first came out, they weren’t stylish, but they stood out. The Ioniq probably looks less like a hybrid from the outside than some, but its silhouette still has remnants of the traditional hybrid look. It’s not unattractive, by any means, but it looks like a hybrid.

The Prius has never been a good-looking car, but that didn’t matter when it was the only hybrid around. Buyers used to drive the Prius a a badge of honor to show how they were singlehandedly saving the environment. Times have changed though. The latest model looks like nothing else on the road, which isn’t a good thing for the Prius. This round is an easy win for the Hyundai.

Until every model has a hybrid option, hybrids will largely be judged by their powertrains first and everything else second. The Ioniq Hybrid is far better and smoother than most of its hybrid competitors, and its electric and plug-in versions are even better. The hybrid pairs a single electric motor with a 1.6-liter four-cylinder engine for a combined power rating of 139 horsepower.

The 1.8-liter four-cylinder and the 53 kW motor power the Prius to a maximum of 121 horsepower, which is much lower than the previous generation’s 134 horsepower. The ride is now smooth and much better than it used to be, but when you look at these engines and take into account fuel efficiency, the Ioniq is triumphant again. 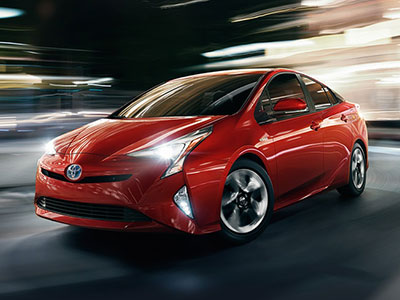 The Ioniq Hybrid has 96.2 cu.-ft. of passenger volume. If you go purely by the numbers, the interior of the Ioniq actually seems pretty spacious. While the comfort and quality is good, rear seat passengers shouldn’t be too tall or they won’t be enjoying that same comfort. A combination of the gradually sloping roofline and the battery positioned under the rear seat compromises the rear head room.

The outside of the Prius might be “unique” but the interior has gone far more conventional these days–a very good thing. The seats are more supportive and comfortable than ever. You’ll find more soft touch materials and even some of the cheaper plastics have some nice graining for the look you want.

Since most hybrids are so close when it comes to mileage, manufacturer focus should be on performance. Since EPA ratings are still all-important for cars like these, though, the Ioniq Hybrid is rated at 57 mpg in the city, 59 mpg on the highway and 58 mpg combined, which is impressive by anyone’s standard.

The Prius has always been first and foremost about fuel-economy, and the Two Eco version of the current model certainly keeps that going with figures of 58 mpg in the city, 53 mpg on the highway and 56 mpg combined. That’s good, but the better combined rating of the Hyundai puts it out in front.

Learn More about the Hyundai Ioniq

The Toyota Prius used to sweep the board when it came to hybrid cars, but, despite a recent redesign, the competition has caught up and passed the Toyota. The 2017 Hyundai Ioniq is proof, beating the Prius on its home ground of fuel economy as well as in several other key areas.