Beyond the usual suspects of the midsize sedan segment, a rich vein of outstanding models are too often overlooked. Two examples of these, the 2017 Hyundai Sonata and the Mazda 6, offer quality and style along with a pricetag that buyers will love. Let’s take a look at how they compare. 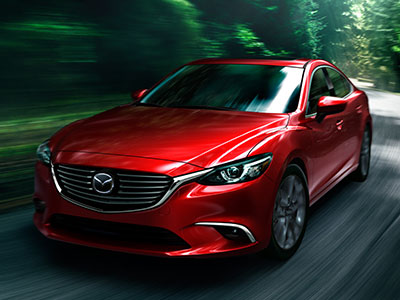 Today’s Sonata is a long way from even the previous generation–it’s now a lot more modest, serious, and de-chromed than ever. If it wasn’t for the badge on the hood, the Sonata could easily be taken for a luxury model from the outside.

Everything is just right about the exterior styling of the Mazda 6. Muscular front fenders, a sloping roofline that’s not too extreme, and a reshaped grille all adds up to one of the best-looking sedans in this or any other segment. The Hyundai is an attractive sedan, but the Mazda 6 has the edge on the Hyundai and just about everyone else. 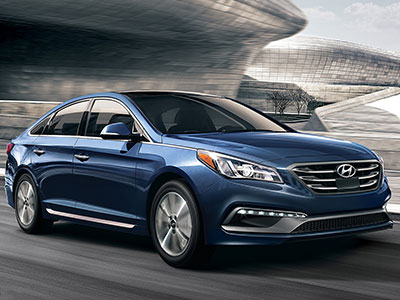 The Sonata offers plenty of room for passengers and cargo because although it’s marketed as a midsize, it’s actually classified as a large sedan. You’ll find plenty of room in the front and the back, lots of cubbies and storage spaces, and the trunk is large at more than 16 cu.-ft. An abundance of sound deadening also adds to the luxurious feel of the rejuvenated Hyundai.

The interior of the Mazda 6 has been improved over the years, and offers a decent amount of space inside. The sloping roofline does restrict rear head room for those of six foot and above. The quality of the materials and fit is on a par with the Hyundai, but the Sonata steals the victory with more leg room and a bigger trunk.

Hyundai offers three different four-cylinder engines for the Sonata: a naturally aspirated 2.4-liter, a turbocharged 2.0-liter, and an economical 1.6-liter turbo. The standard engine develops 185 horsepower, while the 2.0T ups the power ante with an impressive 245 horsepower and 260 lb.-ft. All units come mated to a six-speed transmission with Shiftronic manual controls, and all versions of the Sonata are strictly front-wheel drive.

The Mazda 6 drives and handles extremely well, and car lovers will embrace the fact that a stick shift is available beyond just the base model. However, with just one engine option rated as modestly as 184 horsepower, this round is a clear win for the Sonata.

Despite being a relatively large car, the Hyundai is pretty impressive when it comes to fuel economy. The best ratings come from the 1.6-liter turbo, which gets 28 mpg in the city, 36 mpg on the highway and 31 mpg combined.

With the six-speed manual transmission, the Mazda 6 is capable of delivering fuel economy as good as 26 mpg in the city, 38 mpg on the highway and 31 mpg combined. However, since most people will opt for the automatic, which gets a combined rating of 30mpg. It’s a slight edge, but that edge belongs to the Hyundai Sonata.

Learn More about the Hyundai Sonata

The choice here basically comes down to which style of sedan you prefer. If you like sleek and sporty, then the Mazda is the way to go, but if you want presence, gravitas and a luxury feel without a luxury price ticket, the Sonata is what you need. As the prices are almost identical we could easily declare this contest a tie, but the extra power offered by the 2017 Hyundai Sonata just gives it the advantage over the Mazda 6.