The 2016 Subaru Forester and Jeep Cherokee are two of the sportiest vehicles on the road. The Forester is a compact crossover that combines modern fuel economy with impressive on-road power. The Cherokee is an SUV that delivers impressive utility and a swift performance. If you’re trying to decide which model works best for you, read our side-by-side comparison. 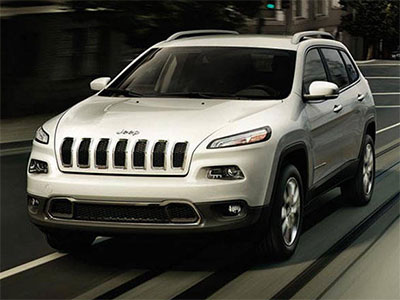 Both models provide impressive power, but the 2016 Jeep Cherokee has a bit of an edge. Its 2.4-liter inline-4 engine produces 184 horsepower and 171 pound-feet of torque for quick acceleration and highway merging. The engine is paired with a nine-speed shiftable automatic transmission for a smooth ride and substantial driver control.

As with other Subaru models, the Forester comes standard with all-wheel drive for excellent traction over slick surfaces. Choose between two engines for the ride that best suits your daily drive. The standard 2.5-liter four-cylinder engine produces 170 horses and 174 pound-feet of torque for swift acceleration. For enhanced performance, check out the turbocharged 2.0-liter four-cylinder engine, which makes 250 horses and 258 pound-feet of torque. 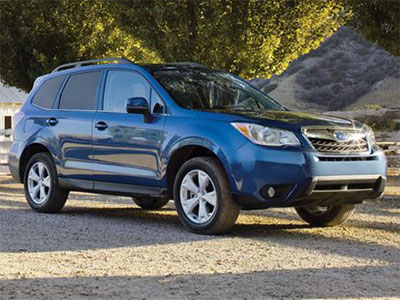 Here we like the 2016 Subaru Forester, which provides a comfortable, roomy cabin. Its classic style is big on functionality. You’ll enjoy a commanding view of the road and easy access to important controls. Both rows of seating are big on head- and legroom. Fold down the rear seats to stow large items in 74.7 cubic feet of maximum cargo space.

The Jeep Cherokee is a close second, offering comfortable, supportive seating. The cabin is spacious, creating an excellent setting for lengthy road trips and commutes. Behind the rear seats, you can fill 24.8 cubic feet of cargo space with everyday items like grocery bags and sporting equipment.

When it comes to features, the 2016 Subaru Forester pulls ahead with its arsenal of modern technology. The Starlink infotainment system offers a range of helpful apps. Its voice-control technology lets you interact with the system without looking away from the road. Bluetooth phone connectivity means you can make hands-free calls for optimal safety.

The Jeep Cherokee’s Uconnect system keeps you informed, entertained, and connected on the go. Like the Forester, the Cherokee comes with Bluetooth technology so you can connect devices wirelessly.

The 2016 Subaru Forester impresses with its world-class safety equipment. The rearview camera makes it easy to back into parallel parking spaces. The EyeSight Driver Assist system monitors surrounding traffic and alerts you to potential dangers. EyeSight systems include lane-departure warning and frontal collision mitigation.

When it comes to safety, the Cherokee isn’t far behind. As with the Forester, its standard equipment – including antilock brakes and traction and stability control -enhances authority over difficult road conditions. The rearview camera helps you back up safely. The post-collision safety system notifies emergency services after the airbags deploy.

Learn More about the Subaru Forester

Both the 2016 Subaru Forester and the Jeep Cherokee are big on performance, comfort, and safety, but the Forester has the overall edge. Choose between two strong engines for a swift ride. Standard all-wheel drive enhances traction over slippery roads. On the road, cutting-edge safety equipment maximizes passenger protection. The cabin is spacious and comfortable. High-tech features keep you connected from anywhere. Come in and test drive a Forester today!